Join The Wall Las Memorias Project today Wednesday, April 8th for two exciting community dialogue opportunities. All community members are welcomed to join us for these important conversations as we deal with the global crisis together. Our patient navigators will also be on hand to offer valuable local community resources and answer any questions.

To participate, be sure to click the Zoom links provided below or join us on Facebook Live. 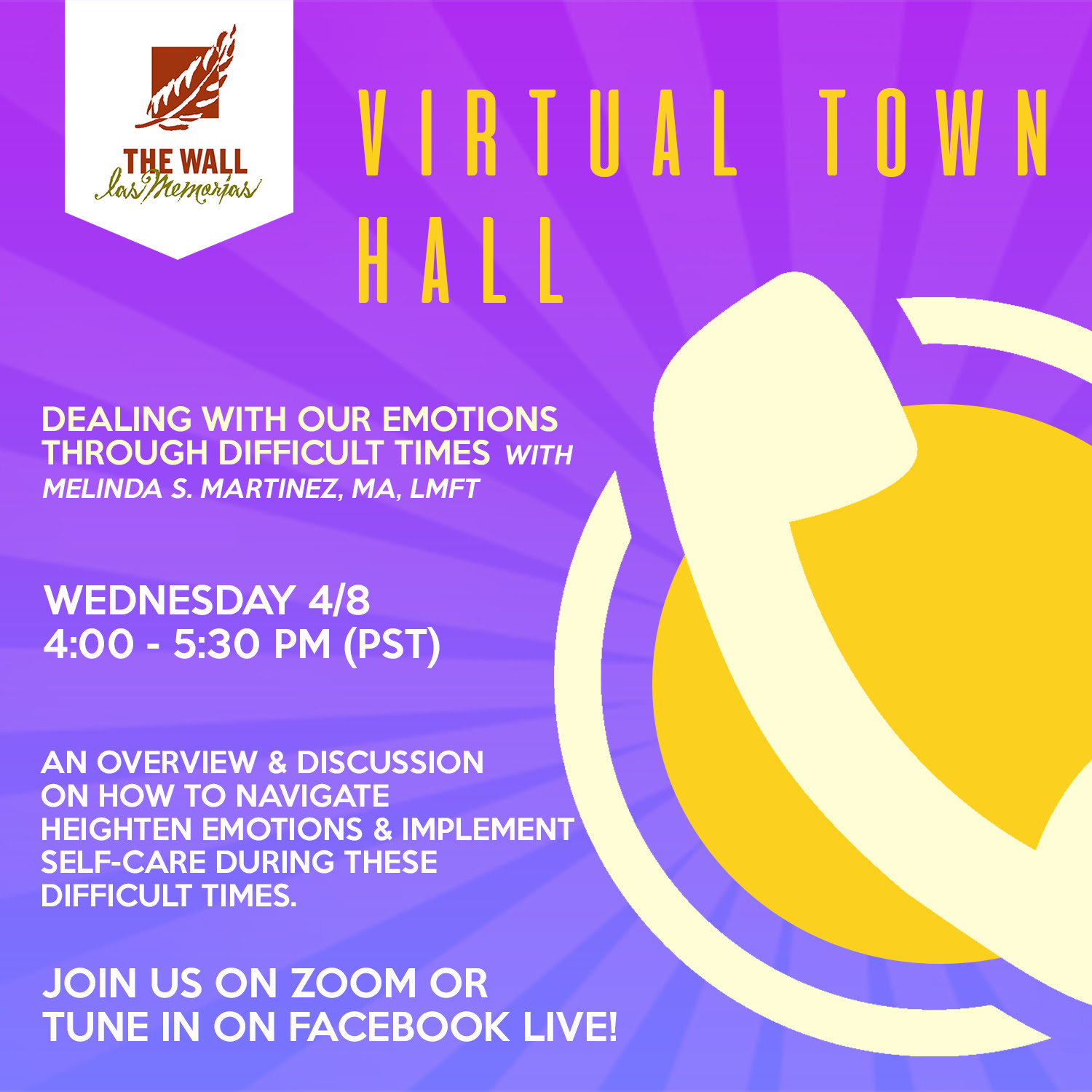 VIRTUAL TOWN HALL: Dealing with Our Emotions through Difficult Times

RSVP for this Zoom Meeting: 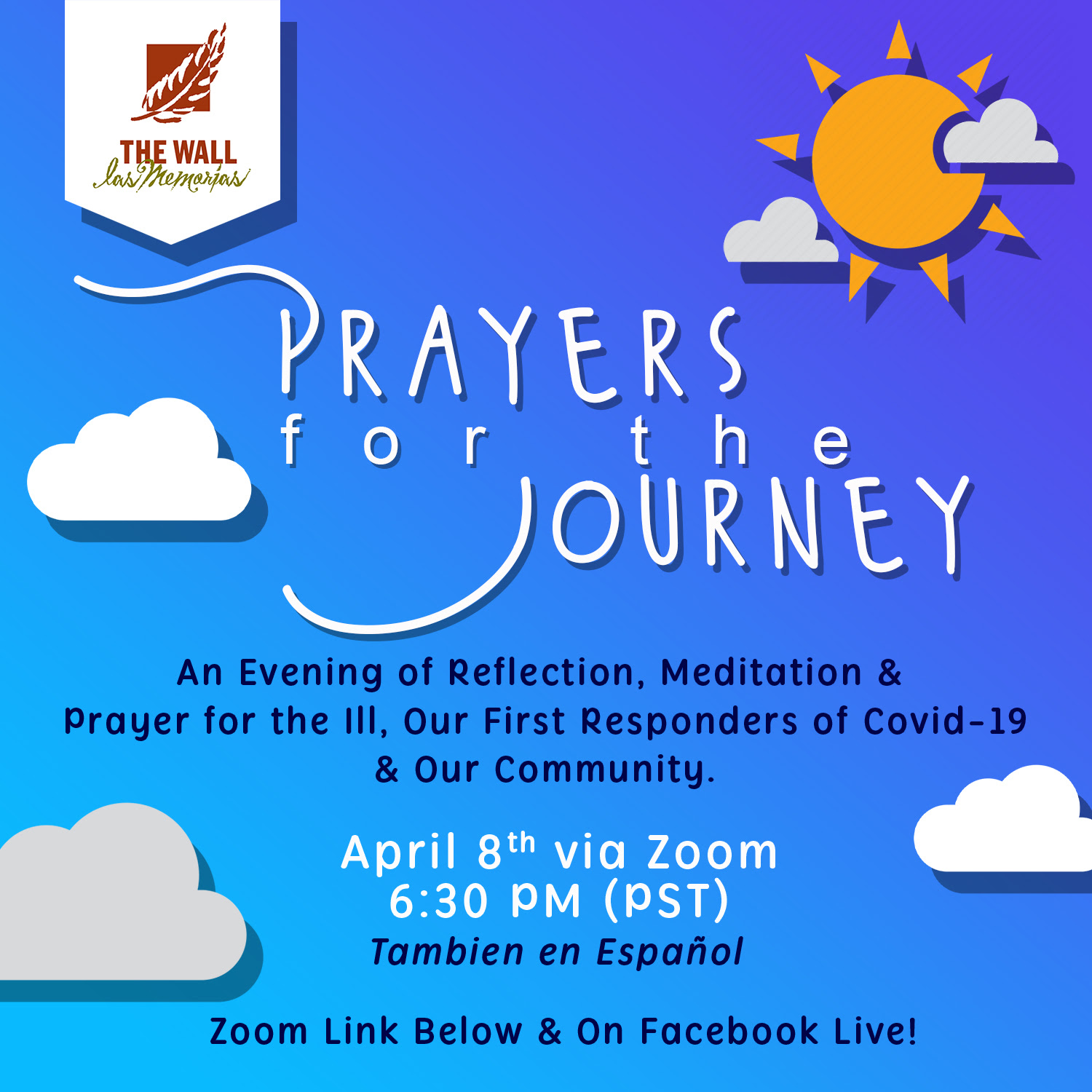 PRAYERS FOR THE JOURNEY, An Evening of Community Prayer

Please join us for worship on Sunday, September 22, when we celebrate United Methodist Women’s Sunday. Worship for the day will be led by the women of the congregation.

Bishop Mary Ann has served The United Methodist Church in a number of capacities, including:

She has been a United Methodist representative to the World Council of Churches and currently serves as the Vice Moderator of that ecumenical organization’s Central Committee.

Born in Pine Bluff, Arkansas, Bishop Swenson was raised and received her early education in Jackson, Mississippi. She graduated with a B.A. in Religion from Millsaps College in 1969. She later received a Doctor of Ministry degree from the School of Theology at Claremont based on her thesis entitled: “A Synthesis between Personal Piety and the Social Gospel in the Modern Church.” Ordained as a Deacon in 1973 and an elder in 1976, she served in a variety of ministry settings in Southern California and Washington, including Superintendent of the Puget Sound District.

Bishop Swenson describes herself as “an outspoken leader on issues of inclusiveness and violence. She was one of fifteen United Methodist Bishops who signed a statement during the 1996 General Conference protesting the denomination’s official stance condemning the practice of homosexuality as being “incompatible with Christian teaching.”

Bishop Swenson currently lives with her husband Jeff in Pasadena, California. She remains active in pursuing her dream of leading the church in “becoming a more inclusive community, justice seeking, and more perfect in love of God and neighbor.

The Trump administration has threatened mass deportations of immigrants residing in this country.

So, what can we, as a community of faith, do?

Due to the apparent postponement of Trump’s raids on immigrant communities, the remaining CHIRLA/ CLUE rallies planned for this week have been postponed.

Please remain on-alert for the possibility of emergency mobilizations as CHIRLA and CLUE monitor the situation.

3. Attend a “Know Your Rights” seminar! 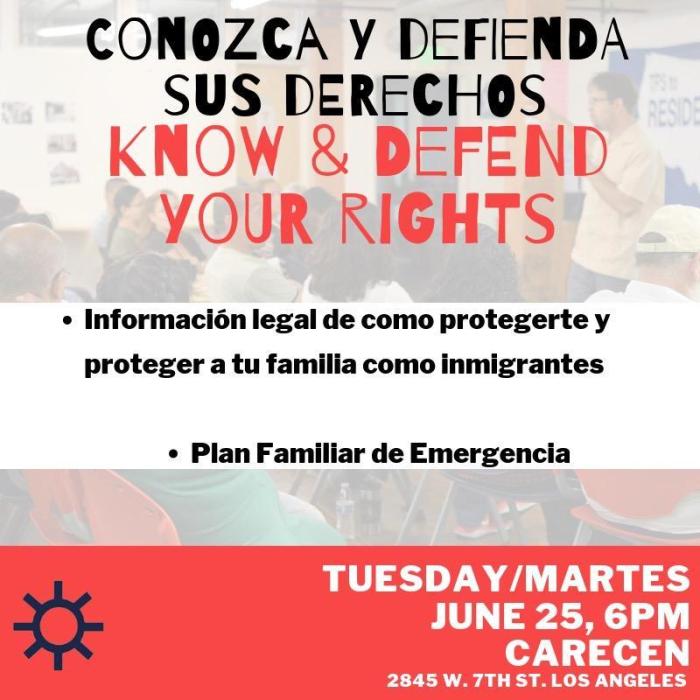 4. Know the phone number of the Rapid Response Network in your area, and – in the event of an immigration-related emergency – use it!